Massgrav, Bruce Banner, Skitsystem and Speedergarben played at Blitz in Oslo, Norway, 16th of April 2005.
Big thanks to Daniel & Bård and the rest of the Blitz crew, the amazing crowd, the bands and Johan Wallin
for driving. Here's some photos... 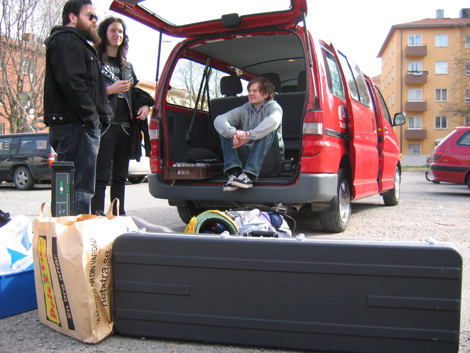 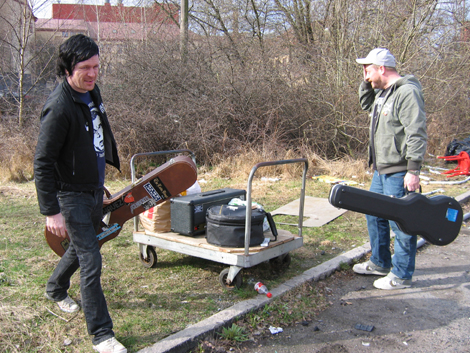 Thuna and Daniel stockpiling in Midsommarkransen. 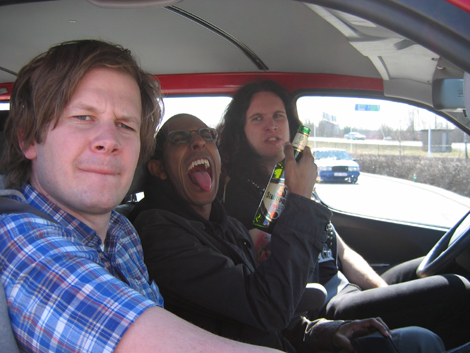 Norse, Indy and Walain in the front. 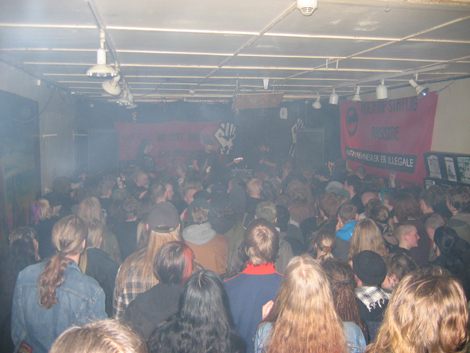 The Blitz was packed. Thanks again to the crowd! 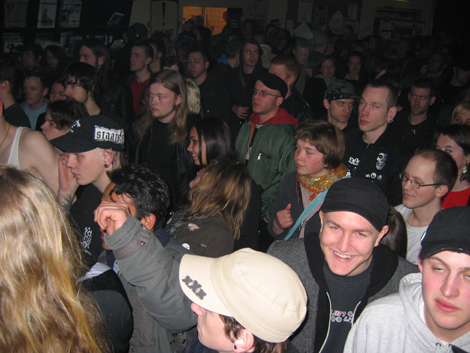 No Fenriz in sight, although Maniac (ex-Mayhem) looks drug infested while thinking about Misfits or something... 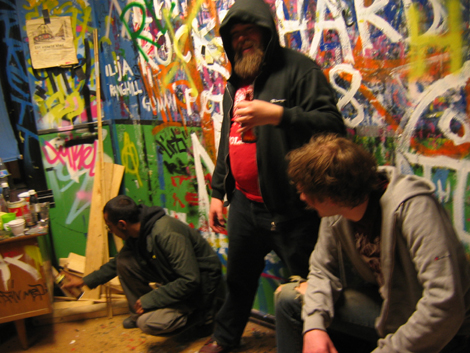 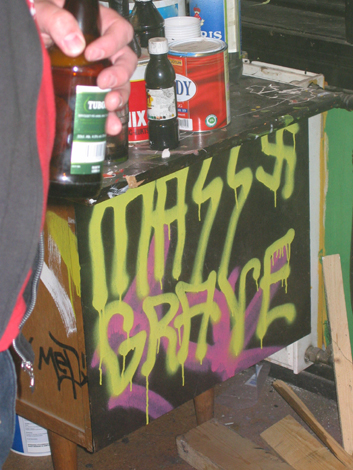 Some canadian band named Mass Grave was there. Nazi fucks, it seems... ;) 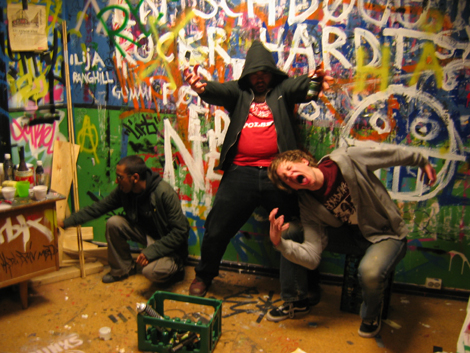 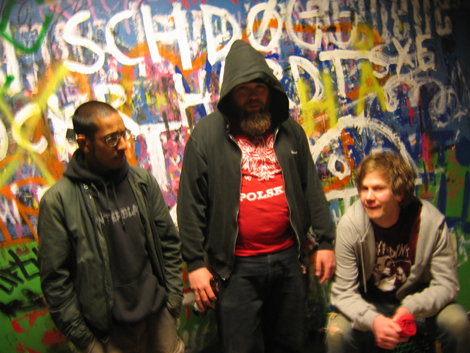 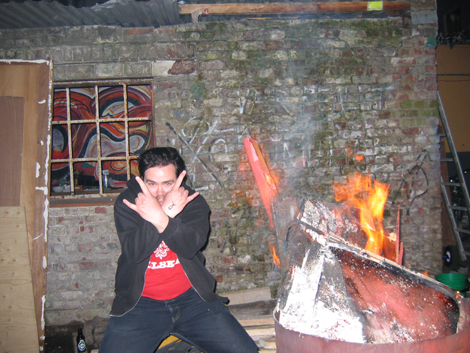 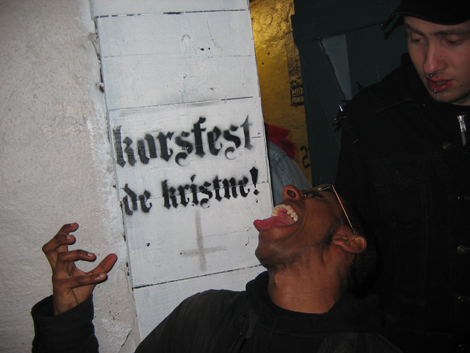 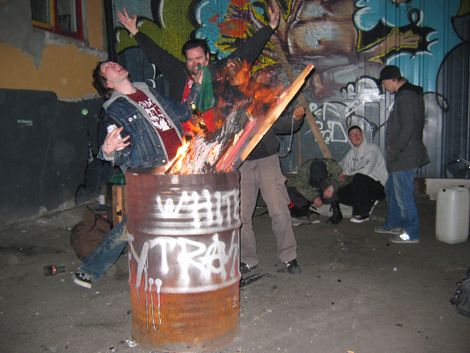 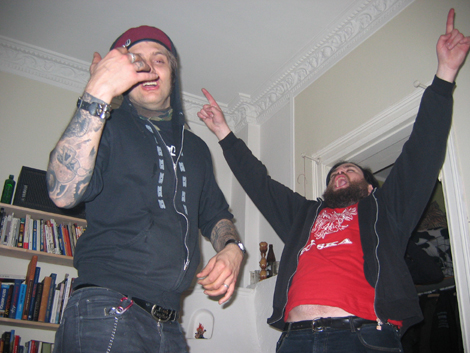 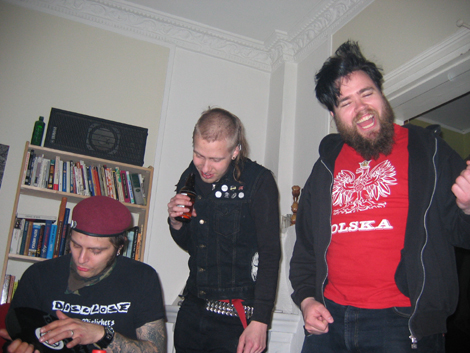 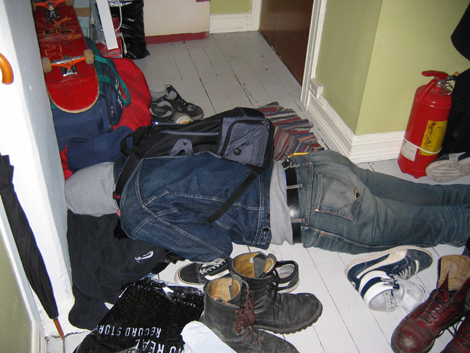 A guy named Rune was kind enough to shoot some live photos as well. Thanks! 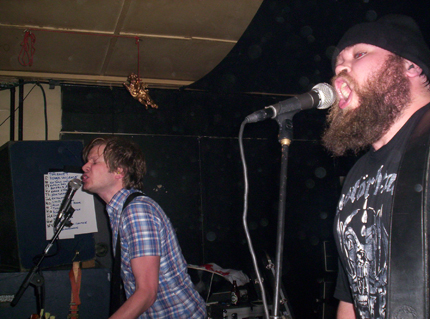 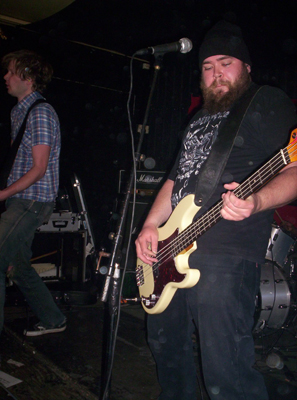 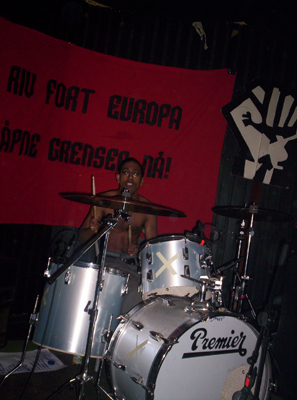 And here's some fine shots by Svein. Thanks to you too! 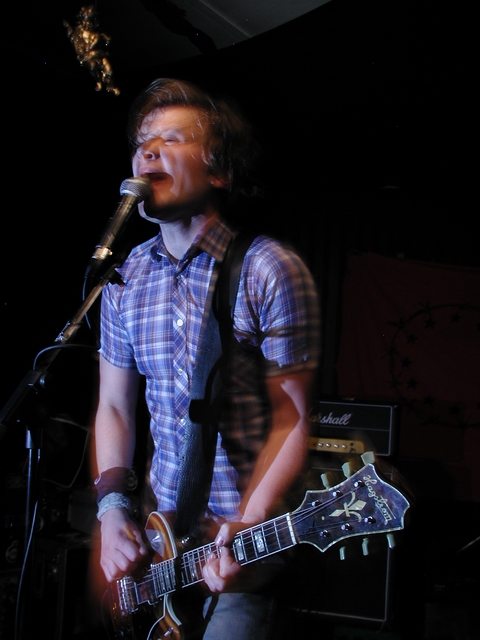 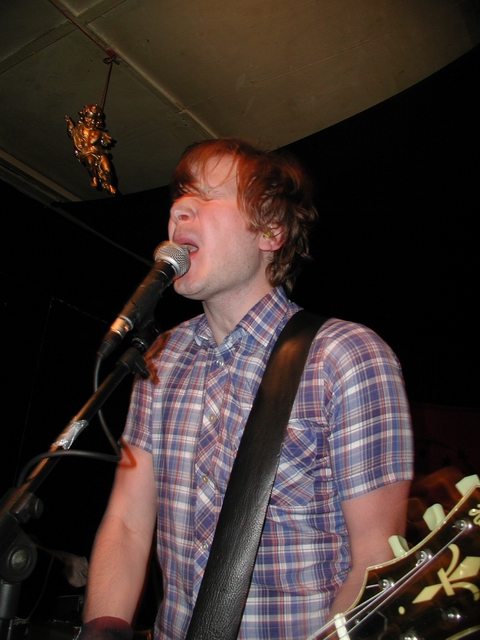 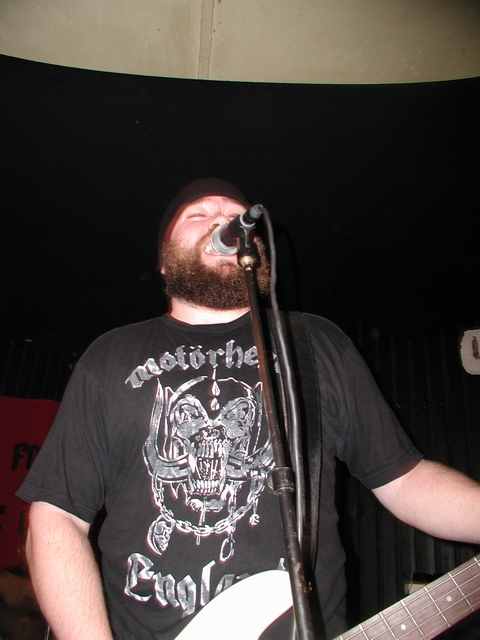 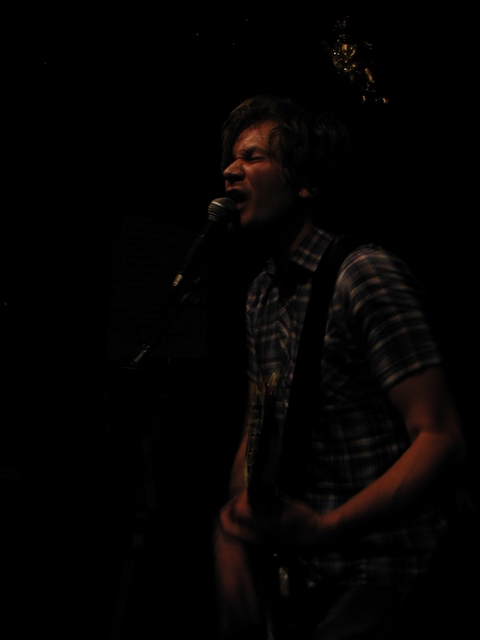